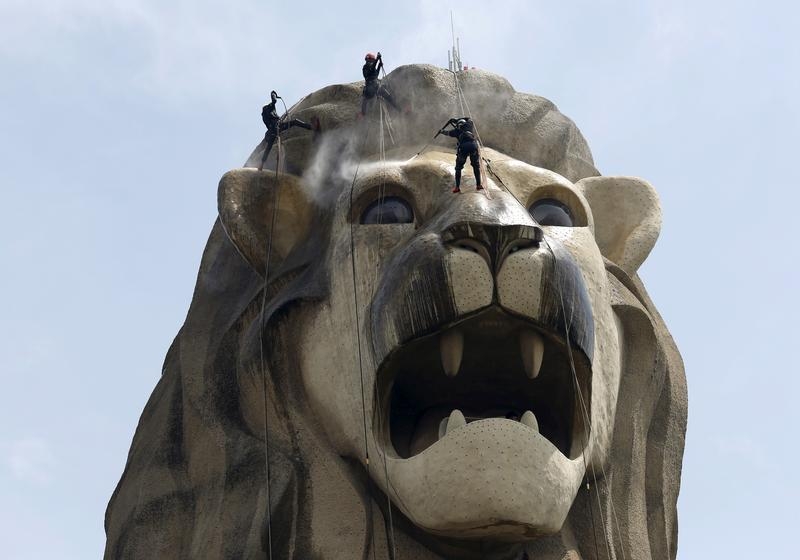 Fifty years is not long in the history of nations. The period of Singapore’s existence as an independent state would be just a few chapters in the chronicle of most countries. Yet as the southeast Asian city-state marks its golden anniversary, citizens will have genuine cause to celebrate past achievements – and contemplate future change. It is time to loosen up a bit.

In five decades, Singapore has achieved a level of prosperity unimaginable when Malaysia expelled the tropical port in 1965. Output per head of population has grown by more than 9 percent a year to more than $56,000 in 2014 – similar to the United States. As larger neighbours have lurched from political turmoil to economic crisis, the nation with little land and no natural resources has been a relative haven of stability and rising wealth. GDP trebled between 2000 and 2013.

Yet the milestone is also a moment to ask whether Singapore’s success is sustainable. While the Little Red Dot closed the gap with the world’s wealthiest nations through hard work and good fortune, tight state control is hardly conducive to entrepreneurship and innovation.

As a beneficiary of rising trade and capital flows, Singapore would suffer from a reversal of globalisation. Its history of welcoming foreign capital and labour will be harder to sustain as growth slows. China’s rise may test its economic relevance and political allegiances. And the paternalistic system devised by founding father Lee Kuan Yew faces a growing challenge from a new generation eager for more self-determination.

Singapore’s problems echo those afflicting many developed countries. For one, the population is getting older. Unless Singaporeans suddenly start having larger families, the number of working-age citizens will peak by 2020. In the past, Singapore has made up the shortfall by importing workers. But dissatisfaction at overcrowding has forced the government to limit immigration. Despite a recent dip, property prices remain high, exacerbating the divide between rich and poor, young and old.

If Singapore cannot suck in more people, then its populace will have to become more productive. The government has in recent years launched multiple efforts to stimulate the creation of start-ups offering value-added jobs. Yet this is a big shift for an economy still dominated by foreign multinationals and state-controlled companies.

State ownership is a legacy of the young nation’s early years, when fear of being outmuscled by foreign rivals prompted it to create Temasek, the sovereign investor whose holdings include Singapore Airlines, Singapore Telecommunications, port operator PSA International, the SMRT public transport network, and banking group DBS.

What’s more, Singapore must navigate these challenges at a time of political uncertainty. Lee Kuan Yew’s death earlier this year at the age of 91 adds to the sense of a generational shift. Though the People’s Action Party, led by his son and current Prime Minister Lee Hsien Loong, is virtually certain to keep its grip on power in the next general election, it will struggle to do so indefinitely.

Yet these are first-world problems that most other Asian countries would love to have. Singapore remains by far the most stable, transparent, secure, and legally reliable state in the region. As China tightens its grip on perennial rival Hong Kong, Singapore remains in charge of its destiny.

It also has a habit of defying predictions of gloom. Many Western observers believed the combination of capitalism with state control would fail. But Singapore’s state investment companies are now held up as role models, while other developed nations are mimicking its policies to rein in bank lending and keep a lid on property prices.

The world is dotted with once-thriving city-states that declined or were absorbed into larger entities when the economic and geopolitical winds shifted. But no other country in the world thinks as obsessively about its future as Singapore. “We don’t have anything but ourselves,” Prime Minister Lee recently told his Australian counterpart Tony Abbott. For the past fifty years, that has served Singapore extremely well.

Cleaners spray clean the 37-meter tall tourism icon of the Merlion on the resort island of Sentosa ahead of the city-state's 50th anniversary celebrations in Singapore July 8, 2015. The five day long cleaning is the mythical creature's first "bath" since its last cleaning in 2012. REUTERS/Edgar Su