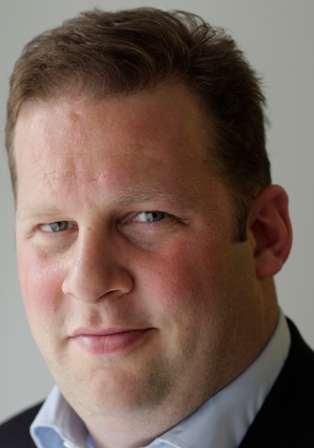 How do you value a tech company? What about a dominant, fast-growing, profitable tech company with no peers that operates in an opaque economy? Fund managers need to decide as Alibaba kicks off the roadshow for its long-awaited initial public offering. Breakingviews offers a six-step guide to sizing up China’s biggest e-commerce group.

How fast can Chinese e-commerce grow?

Four in every five yuan spent on online shopping in the People’s Republic last year travelled across Alibaba’s websites. So the company’s growth depends on expanding the overall market. The omens are good. Less than half of China’s population had access to the internet last year; U.S. penetration is more than 80 percent. Alibaba signed up 24 million new active buyers in the three months to June, and the value of transactions was 45 percent higher than in the same period of 2013. Growth of 30 percent for the next two years is not a stretch.

How much revenue can Alibaba generate?

Alibaba’s business model is to capture a small slice of the value of the transactions it processes, either from advertising or commissions. In the year to March, this “monetisation rate” was 2.55 percent. But almost a third of buying and selling in the most recent quarter took place via handheld devices, where the monetisation rate is half the level for desktop transactions. Over time, the gap should close with the figure for desktop transactions – currently about 3 percent.

But super-profitability invites competition. Alibaba may be forced to spend more on marketing and technology, or get directly into the business of storing and delivering goods. In the three months to June – the last set of financial data before the IPO – product development costs rose by almost 70 percent, while sales and marketing expenses nearly doubled. Alibaba’s operating margin fell to 43 percent – its lowest in almost two years. A still-high level of 40 percent may be a realistic forecast.

How much should you pay for Alibaba’s earnings?

Most tech stocks trade on high price-to-earnings ratios because investors believe future potential exceeds current profitability. Alibaba’s challenge is to grow while keeping its margins. Though stock market multiples are subjective, a market value of 30 times earnings for the year to March 2016 – the same as rival Tencent – seems a reasonable starting point.

What about the other bits?

Alibaba’s ambitions extend far beyond e-commerce. Alipay, its online payment affiliate, is now challenging banks with small business loans and money-market funds. Though Alibaba has no ownership stake, it receives 37.5 percent of the unit’s pre-tax profit and has a right to the same proportion of its equity value in an eventual IPO.

Overseas expansion also has value. International sales accounted for less than a tenth of revenue in the most recent financial year. But a recent partnership with Singapore Post shows the company is seriously looking beyond China’s borders. In addition, Alibaba and its affiliates have spent around $7.5 billion on acquisitions and investments so far this year as the company pushes into industries from media to mapping.

Alibaba’s exposure to its home country is one potential negative. The ruling Communist party could cut Alibaba down to size if it were deemed too powerful. Like other U.S.-listed Chinese companies, Alibaba is exposed to ongoing battles over accounting regulation and the semi-legal structures listed companies use to control their mainland operations.

Then there is corporate governance. Founder and chairman Jack Ma wants control of the company to remain with 27 executives, known as partners. Outside shareholders get little say. The likes of Google and Facebook also operate on the whims of their founders. But Ma has behaved unpredictably in the past, shifting the Alipay business from a listed unit to a private vehicle in 2011.

Putting it all together

Valuing future business lines is always tricky, as is putting a discount for shaky governance. The most elegant option is to assume the two cancel each other out.

Now suppose transactions grow by 30 percent annually for the next two years, and that Alibaba’s overall monetisation rate reaches 3 percent. Assume its operating margin stabilises at 40 percent, apply a historical 15 percent tax rate, and net income in the year to March 2016 would be about $5.25 billion. On a 30 times multiple, Alibaba’s equity would be worth $158 billion.

It’s not hard to get a higher figure: lift the annual growth rate to 40 percent and Alibaba’s operating margin to 45 percent, and its market value rises above $200 billion. Analysts will have their own assumptions. For investors the trick is to make sure six steps and twelve digits don’t turn into too great a leap.

Alibaba is planning to launch its New York stock market debut in the week of Sept. 8, a person briefed on the matter told Reuters on Aug. 31.

The initial public offering could raise more than $20 billion, making it the biggest technology listing in the United States.

The company is still awaiting final approval from the U.S. Securities and Exchange Commission to kick off the listing, the person said, adding that the date was still a moving target.

Alibaba is planning to launch its New York stock market debut in the week of Sept. 8, a person briefed on the matter told Reuters on Aug. 31.

The initial public offering could raise more than $20 billion, making it the biggest technology listing in the United States.

The company is still awaiting final approval from the U.S. Securities and Exchange Commission to kick off the listing, the person said, adding that the date was still a moving target.