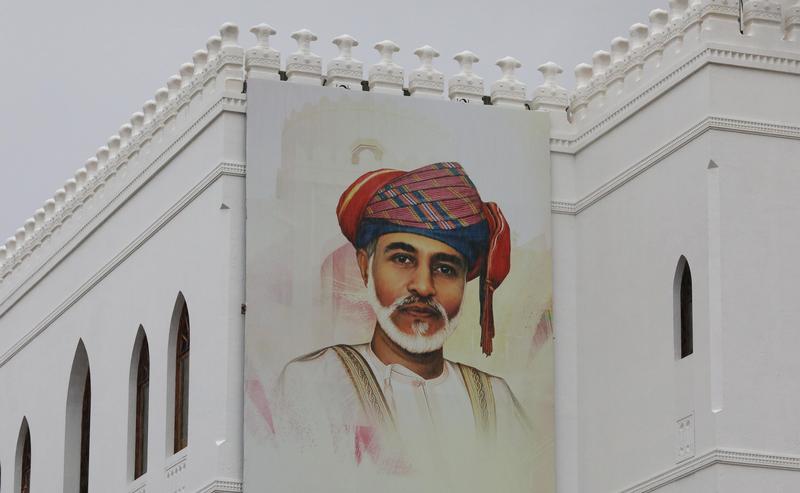 Oman’s iconic leader is dead after a 50-year reign. The risk of upheaval has been eased by the appointment of his cousin, and regional tensions that have subsided in recent days. But the longer-term scope for weak finances to hit Muscat’s role as a key Gulf mediator remains.

A painting of Oman's Sultan Qaboos bin Said is seen on a building in Muscat, Oman, January 11, 2020. REUTERS/Christopher Pike NO RESALES. NO ARCHIVES - RC2QDE9T5XBD

In a televised speech, Haitham promised to uphold Muscat's policy of peaceful coexistence with all nations while further developing Oman. "We will continue to assist in resolving disputes peacefully," he said.

A family council on Saturday chose Haitham after opening a sealed envelope in which Qaboos had secretly written his recommendation in case the family could not agree, opting to follow his "wise" guidance, state media said.

Born in 1954, Haitham, who studied at Oxford, had served as minister of culture and as foreign ministry undersecretary. He was appointed in 2013 to chair Oman's development committee.

Israeli Prime Minister Benjamin Netanyahu, who met Qaboos in Muscat in 2018, lauded him for working to promote regional peace and stability. Iran's foreign minister, Mohammad Javad Zarif, voiced hope the new leadership would take "inspiration from the past".

Separately, Iran said on Jan. 11 its military had shot down a Ukrainian plane killing all 176 aboard in a "disastrous mistake", saying air defences were fired in error while on alert after Iranian missile strikes on U.S. targets in Iraq.