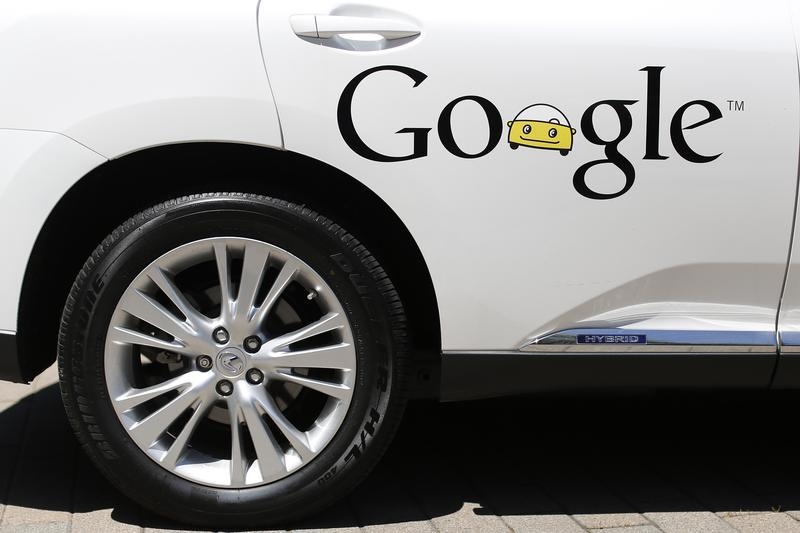 Silicon Valley is driving in to try to strip traditional carmakers of their clout. Apple is the latest technology powerhouse to dabble in vehicles – it has hired several hundred engineers and other automotive experts and has held talks with car parts supplier Magna, according to Reuters and other reports. The news is likely to dominate the Geneva auto show, which opens on Thursday. From Tesla Motors to Google to Uber and beyond, though, the shift to putting large numbers of connected, self-driving vehicles on the roads may take a while.

But it could shake up everything in the industry, worth $1.6 trillion in annual global sales according to Morgan Stanley, from systems to materials to car usage. The winners may be able to rev up returns but traditional carmakers risk being on the losing side.

Tech companies have no interest in replicating Toyota or General Motors. Apple and Google, which built a prototype autonomous car a couple of years ago, sport pre-tax margins close to 30 percent. Mass carmakers rarely proffer a pre-tax margin that gets into double figures. Even luxury manufacturer BMW is only likely to reach 11 percent for 2014, according to Reuters data.

Under the hood of those results is an industry still dominated by the chassis, the power train and other traditional hardware. That is changing in two ways. First, technology systems are fast becoming at least as important to car buyers as the shell and the engine. As intelligent cameras, sensors and other advanced driver assistance systems (ADASs) proliferate, they’ll become more important – and open up avenues into the business that current manufacturers might not always be best placed to navigate.

Second, software is taking on a far more important role. Currently it accounts for just 10 percent of the value of what goes into a car, compared to hardware at 90 percent. As autonomous driving takes the wheel, code and its trappings could cover 40 percent of a vehicle’s make-up, with content accounting for the rest, Morgan Stanley says.

Tesla already shows how important software is. Consumer Reports on Tuesday named its Model S electric car the best overall vehicle for 2015, repeating a feat first achieved in 2014. The magazine noted that thanks to “over-the-air software updates, a Model S that came off the line in 2013 has many of the same new features as one built today.”

Software and some of the new hardware add up to the initial sweet spot for Silicon Valley. What vehicles need to be able to drive themselves is all manner of algorithms and other tools that can coordinate the systems within a car as well as communicate with other vehicles on the road, traffic signals and the like. Think everything from cameras to voice recognition software to artificial neural networks that can learn, remember and make decisions.

Automakers can certainly compete here. GM’s OnStar security, Wi-Fi and directions product has some fans in the business. And basic ADAS capabilities are already in many cars. Blind-spot detection, cross-traffic alerts and such cost up to $900, according to Citigroup, with forward collision avoidance and adaptive cruise control commanding up to $3,000.

Even now, though, 70 percent of the value added to cars comes from parts makers, which tend to be more profitable and often win a higher stock-market valuation multiple. Mega-suppliers like Bosch, Continental and Delphi look best placed to continue to benefit. So will upstart specialists like Mobileye, which makes smart cameras and collision warning and tracking devices. The danger for old-school auto firms, though, is that the complexity of the systems required plays into the hands of deep-pocketed, code-savvy technology companies.

New generations of systems don’t come quickly to cars. Tesla took five years from its founding to launch what was really a high-volume prototype, its Roadster. The Model S took another four years and, for all the company’s ambition, it’s still a niche vehicle.

That’s why the prospect of the ADAS and self-driving hardware business reaching $42 billion in size by 2025, as the Boston Consulting Group sees it, is hardly mind-blowing. German research outfit Roland Berger reckons growth could be even slower. But BCG’s figure assumes a penetration rate of just 13 percent a decade from now, which implies a potential market of $325 billion eventually. That’s a different level of opportunity.

Another potential revenue stream is information and entertainment on the road. It’s already a $23 billion-a-year business and is set to increase to $34 billion by 2020, according to Citi analysts. The growth in self-driving capabilities should mean it grows even faster thereafter as people are freed from the steering wheel and have more time for movies, TV shows, browsing, books and work. The sleek-looking F105 concept car that Daimler unveiled in January hints at this, with its touch screens and sofa-like seats – including those in the front that swivel to face passengers in the back.

Regulation is one of the major sticking points to wider adoption of self-driving cars. Officials need to be persuaded new and unfamiliar systems are safe. That could take five years or more. Writing and implementing rules could take another five years.

Price is another factor. Only 20 percent of drivers would be willing to pay an extra $4,000 for ADAS features, according to a BCG survey last fall. Google’s prototype, meanwhile, probably cost $80,000 to build, according to the Massachusetts Institute of Technology. The cost of new tech will come down. But it’s logical that buyers will spend more and more money on self-driving systems and software supplied by Silicon Valley at the expense of more traditional features from automakers.

After all, greater efficiency is touted as one of the main advantages of self-driving cars. That means spending less on fuel – the Earth Institute at Columbia University reckons autonomous driving could improve fuel efficiency by over 50 percent. City traffic congestion alone accounts for some 2.9 billion gallons of fuel and $121 billion of costs a year, the Texas A&M Transportation Institute calculates, and smart self-driving vehicles could avoid a lot of that.

Electric vehicles can improve efficiency, too, but they don’t eliminate traffic congestion and fossil fuels still power many of the electric outlets that charge the batteries. Moreover, U.S. automakers especially lag most rivals on reducing emissions. A report earlier this month by environmental research firm CDP ranks Ford, Fiat Chrysler and General Motors 10th, 11th and 12th out of 14 for effectiveness.

Improved safety is meant to be the other big plus from all the new car technology. The U.S. Department of Transport reckons 90 percent of crashes are caused by human error. A study last year by the DOT’s National Highway Traffic Safety Administration calculated that the economic and societal cost of motor vehicle crashes in 2010 was $871 billion. Cut that right down, and insurance rates should fall, too – once the thorny issue is settled of who is liable in an accident involving autonomous cars.

The shape of autonomy

It’s when all these factors coalesce that changes in the auto industry could get really interesting. It’s also when producing entire vehicles could start to be financially appealing to the likes of Apple and Google.

As cars become more autonomous and safer, it might be possible to build them with lighter, cheaper materials. And the fewer people who actively drive, the less likely they are to want or need a car of their own, relying instead on sharing vehicles – think Zipcar and Uber, but on a far bigger scale.

That’s a big threat to all carmakers and their 80 million annual unit sales, but especially perhaps to luxury manufacturers that market their vehicles as driving experiences and status symbols. Daimler and BMW are both aware of this risk and run their own car-sharing divisions, car2go and Drive Now.

The move toward autonomous, utilitarian on-demand cars would probably save many consumers a lot of cash on a product most of them rarely use. On average a car is driven for an hour a day, according to Morgan Stanley. That equates to a 4 percent capacity utilization, without even considering how many of the seats are occupied.

Shared cars with light shells, basic seating and a trunk full of technology, connectivity and entertainment could be especially appealing in cities. Replacing many of the 100,000 taxis and 900,000 private cars in New York City with a self-driving fleet with decent occupancy rates, for example, could be cheaper than using public transport, according to BCG.

Such changes are years away and some of today’s carmakers may well build these huge fleets. Either way, the companies that deploy the most units with the best software will win.

As technology becomes critical and costs for the shell of a car fall, carmakers that aren’t prepared could end up as little more than contract manufacturers supplying basic hardware or assembling parts for everyone from Google to Uber – a series of analogs for companies like Foxconn, which churn out iPhones and other gadgets on the slimmest of margins for customers like Apple which are far more profitable.

Such companies would be burdened with low stock-market multiples, to boot. The tech giants, led by Apple and Google, might not turn out to be the winners – but they have a lot less to lose than Ford, GM, Toyota and the rest.

The International Motor Show in Geneva opens on March 5.

A Google self-driving vehicle is parked at the Computer History Museum after a presentation in Mountain View, California May 13, 2014. REUTERS/Stephen Lam

The International Motor Show in Geneva opens on March 5.