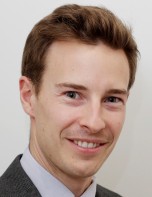 The City of London will remain a financial hub for longer than Britain remains a member of the European Union. Talks over how the United Kingdom leaves the EU could end with extra regulation, higher costs and more capital requirements for the financial sector. But it’s unlikely that clients – principally, asset managers and non-financial companies – will move much. They are the ones who drive the so-called “cluster effect”.

First, think about the worst that could happen from Britain’s exit talks with the EU. That would be a loss of the so-called passporting rights that let banks sell services from a UK office throughout the continent without restriction. Without those rights, Britain would have to rely on copying unattractive templates set by Switzerland or Norway – or aim for “regulatory equivalence”, which means drafting legislation to match any new European laws, in an obvious betrayal of the pro-Brexit campaign’s pledge to “take back control”. Some business would move, like the clearing of euro-denominated securities. That would probably shift to Frankfurt or Paris, taking middle and back office staff and possibly some front office traders with it. That might lead to between 30,000 and 50,000, or up to a tenth of the total financial workers in London, leaving, based on estimates by think tank New Financial.

But other business might stay. Advisory and equity capital markets bankers, or currency and commodities traders, should be able to ply their trade in London as before. Foreign exchange and commodities markets aren’t subject to EU-wide regulation, while UK-based clients typically account for up to a third of total European equity and merger advisory fees, according to Thomson Reuters data. That said, London could lose other kinds of trading and debt capital markets businesses.

A question of costs

All this would create two types of cost for investment banks in particular. With no passporting rights, their annual operating costs could rise by 3 percent, says the Boston Consulting Group. An example might be the need to duplicate roles, or no longer being able to share costs between divisions.

The hike in personnel and administrative expense could fall most heavily on the U.S. banks. On average, the UK accounted for 88 percent of their staff in Europe, the Middle East and Africa in 2014, according to think tank Bruegel. Goldman Sachs had the largest proportion at 97 percent, while JPMorgan had the least with just 70 percent.

The other cost is capital. European banks might need to set up separately capitalised subsidiaries both in continental Europe and the UK, possibly resulting in an additional capital requirement of up to 40 billion euros, reckons consultancy Boston Consulting Group. That would affect European banks like BBVA, BNP Paribas, Deutsche Bank, Intesa Sanpaolo, Societe Generale and UniCredit more than U.S. peers, which already have subsidiaries in London.

Yet the cost of upping sticks could be even higher – and is harder to quantify. There’s no single city that yet offers a neat alternative to London. Frankfurt and Dublin are the two frontrunners. Paris, Milan, Madrid and Amsterdam are second-tier options. But all have problems. Dublin has a shortage of housing. Madrid has more office vacancies than other wannabe financial hubs, but those offices are of lower quality, according to JPMorgan research.

Moreover, moving staff is cumbersome and expensive. School fees, estate agents and logistics companies are just the beginning. Consultants Synechron put the cost of relocation at as much as 50,000 pounds ($66,000) per employee.

The deciding factor might well be the cluster effect. It’s not so much that banks like to be near their rivals. It’s more that it makes sense to be close to clients. Insurers and asset managers, two important kinds of customer, would probably be less affected by a hard Brexit than banks.

Insurance companies, say, tend to have separately capitalised subsidiaries across the EU, and law firm Norton Rose Fulbright expects bilateral treaties between the EU and the UK to keep the industry more or less intact. The Mifid II and Mifir regulations that come into force in 2018 should also allow fund managers based in the UK access to the single market as third country-compliant institutions, and only a few should have to move staff to, say, Luxembourg or Dublin to ensure their distribution platforms conform.

Nor are big blue-chip companies based in London likely to start delisting in droves. Many of these companies are either UK or emerging market corporates that favour the London Stock Exchange for its higher trading volume relative to other venues.

The easiest decision for banks right now is to do nothing. For starters, there may be bargains to be had. Wells Fargo on July 18 said it had agreed to buy an 11-storey office development project in London’s City financial district from HB Reavis, one of the largest UK real estate deals since Britain voted to leave the EU. The U.S. bank plans to consolidate all its UK staff into one location.

Politicians may yet make it worth banks’ while to stay. New British premier Theresa May has resisted discussing financial services in public since she took office. The sector is too toxic to promote. But it’s unlikely that she would want to see the UK’s highly tax-generating financial sector dissolve or decamp on her watch. As the smoke from Brexit clears, London may have to share its financial hub status, but is unlikely to lose it.

Wells Fargo on July 18 said it had agreed to buy an 11-storey office development project in London's City financial district from HB Reavis, one of the largest UK real estate deals since Britain voted to leave the European Union.

"With this new building in London, we are able to bring our team members together in one location in order to more efficiently and effectively manage our operations," Frank Pizzo, Wells Fargo regional president for Europe Middle East & Africa, said in a statement.

European banks might have to hold up to an extra 40 billion euros of capital if Britain exits the European Union without a trade deal that would allow institutions to sell their services across borders freely, according to research by Boston Consulting Group (BCG).

These so-called passporting rights would be at risk unless Britain could forge a relationship with the EU like Norway's, which allows the country's banks to sell services into the bloc but also requires the country to allow freedom of movement.

Without such a deal, there is a risk that banks would have to set up separately capitalised entities both in the UK and elsewhere in Europe, BCG says, and annual global operational costs could rise 3 percent.

JPMorgan research published on July 11 estimated the total additional cost in the event of a clean exit from the European Union for eight investment banks to be $1.5 billion per year, or about a 2.5 percent increase. The banks it analysed were Barclays, BNP Paribas, Credit Suisse, Deutsche Bank, Goldman Sachs, Morgan Stanley, Societe Generale and UBS.