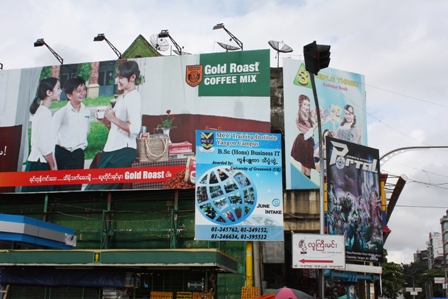 Myanmar became the cutting edge travel destination of choice in 2012. Investors aren’t far behind. An influx of visitors might bring the kind of dollars and attention that can help lift the Southeast Asian country’s long-suffering people out of poverty. To make it work, the country needs a government that really wants to change Myanmar’s fortunes, major longer-term investment and, among other structural changes, much higher taxes. It’s a big ask.

After decades of military rule punctuated by repression and thwarted elections, President Thein Sein was sworn in early last year as the head of a new, nominally civilian government. Aung San Suu Kyi, the Nobel Peace Prize winner who has led Myanmar’s opposition since the late 1980s, had been released from house arrest late in 2010. Reforms brought a visit last December from Hillary Clinton, the U.S. secretary of state, and Suu Kyi’s National League for Democracy swept elections held in April. The EU in May suspended non-military sanctions for a year. Meanwhile, America has eased restrictions on exports to Myanmar, though imports remain banned.

But amid the international optimism, Suu Kyi, now a member of parliament, has called for “healthy skepticism.” It’s easy to see why. Even as the president promoted reformers in his cabinet this week and his energy minister said Myanmar would open up new exploration licenses to foreign participants, tens of thousands of people were fleeing heavy monsoon flooding. The United Nations said two of its staff members have been jailed for alleged involvement in ethnic violence in the west of the country – and there are other potential flashpoints too.

Myanmar’s engagement with the rest of the world is, therefore, fragile. But there are some obvious growth opportunities, and tourism is one of them. A new Asian Development Bank report notes that fewer than 1 million visitors made it to Myanmar in 2010. That compares with 2.5 million for the much smaller Lao, and nearly 16 million in neighboring Thailand, which has a population slightly larger than Myanmar’s roughly 60 million but boasts a bit less land area. And Myanmar has a lot going for it, from the snow-capped Himalayas to unspoilt beaches on the Andaman Sea via broad rivers like the Ayerawaddy. Along the way there are sights like the astonishing ancient city of Bagan with its thousands of Buddhist temples, pagodas and monasteries, and the ex-colonial bustle of Yangon.

Exploiting tourism will require more hotels, especially high-end ones for well-heeled tourists. And very visibly, the infrastructure isn’t up to snuff. These are things visitors’ dollars can help address. The danger is that places like the picturesque Inle Lake, already silting up and threatened by fertilizer and pesticide use, get overrun. But with careful management, tourism could be a quick economic win.

Elsewhere, Myanmar needs larger-scale investment. A promised new foreign investment law has, for now, been saddled with conditions that could deter some commitments. Yet the potential is obvious to any visitor. Foreign cellphones don’t roam, credit cards are seldom accepted, and pristine U.S. banknotes are the most reliable tender. Starbucks and McDonald’s are thankfully absent, for now. And then there are the potholed roads and sidewalks, the battered old Chinese-made buses, and the near subsistence-level existence of many of Myanmar’s rural inhabitants.

A cosmopolitan Yangon-ite might cynically argue that the new openness is a last resort on the part of Myanmar’s leaders. By this logic, the switch from military junta to tentative democracy came because there was virtually nothing left for the generals to wreck or loot. If so, that leaves little raw material for the NLD to work with. The ADB ticks through a range of indicators: slow progress on poverty reduction, low GDP per capita, fairly high government debt, and an almost unbelievably tiny level of tax collection – just 3 percent of GDP.

That touches on the big worry for investors: governance. It’s no coincidence that Myanmar ranked a lowly 180th equal – along with Afghanistan, and better only than North Korea and Somalia – on Transparency International’s corruption perceptions index. Government institutions overseeing finance and investment are both weak and too meddlesome.

Investors are weighing up the challenges and opportunities. Myanmar needs to learn from development mistakes elsewhere in Asia. Encouraging foreign and domestic investment while raising the government’s official tax take and reducing graft could be a tough combination to pull off. But with the ADB saying GDP could expand at 7 percent to 8 percent a year for a decade or more, Myanmar has growth on its side. For those who spend the time and money to visit, it’s hard not to hope this beguiling frontier economy can make things work.

Myanmar’s economy could expand at 7 percent to 8 percent a year, tripling per-capita income and becoming a middle income nation by 2030 if it can surmount substantial development challenges, the Asian Development Bank said on Aug. 20. The ADB published a report, “Myanmar in Transition: Opportunities and Challenges,” the same day.

Myanmar’s economy could expand at 7 percent to 8 percent a year, tripling per-capita income and becoming a middle income nation by 2030 if it can surmount substantial development challenges, the Asian Development Bank said on Aug. 20. The ADB published a report, “Myanmar in Transition: Opportunities and Challenges,” the same day.