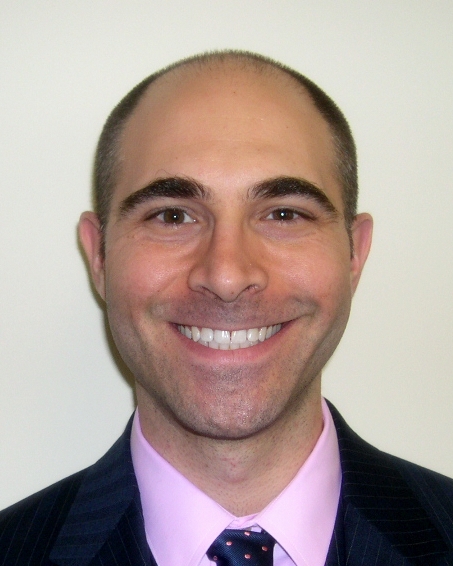 Prices of prime Midwest land have more than doubled since 2005, according to agricultural lender Rabobank, with the price of corn shooting from less than $2 per bushel to a record-beating $8 per bushel in 2012. Until recently, the real estate boom was largely the result of scarce crops, as supply failed to keep up with growing demand from protein-hungry Asian consumers and government-mandated ethanol production. A bumper 2013 harvest finally tipped the market into surplus, leading to sharp falls in prices.

But land prices have kept on climbing this year, fueling worries about a farmland bubble. Near-zero interest rates have kept mortgage costs down and made financial returns from farmland competitive with yields on government securities.

That has spurred some interest from Wall Street. The latest instance is the U.S. Department of Agriculture’s new public-private partnership to fund at least $10 billion in rural infrastructure projects. The plan, announced on July 24, is designed to help stretched government funds go farther. In another sign of investor interest, Farmland Partners, an agriculture-focused real estate investment trust, priced a $44 million public offering of shares last month.

There are echoes of another wave of financial-sector fascination with property: residential housing in the run-up to the 2008 crisis. Then, too, asset values were rising fast and investors wanted a cut. And in farming, as in housing, Washington provides implicit guarantees through government-supported entities including the Federal Agricultural Mortgage Corp, known as Farmer Mac, the farming cousin of Fannie and Freddie.

The two systems are, however, structured differently. The home loan market thrived largely through the originate-and-distribute model, where private-sector lenders would create loans, package them into mortgage-backed securities, and sell them to investors. Most mortgages were guaranteed by the government through Fannie, Freddie or the Federal Housing Administration (FHA). When the original lenders stopped paying attention to credit quality – and weren’t reined in by the guarantors – millions of bad loans were written, which helped spur the 2008 crunch.

The overseers of the farm credit system, however, tamed its government-sponsored enterprises (GSEs) after a bailout in the 1980s. Egged on by weak lending standards, growers overextended themselves during the inflation-driven 1970s commodity boom. That led to a wave of farm bankruptcies, mortgage defaults and bank busts when the cycle turned. By 1985, farm credit banks were losing $2.7 billion a year, quickly chewing through their capital cushions.

In 1987, Congress reluctantly provided $4 billion of taxpayer funds to shore up the $70 billion system’s weaker lenders. It also forced governance changes and created Farmer Mac to foster a secondary market in agricultural mortgages. The scars of that experience explain the system’s conservatism today.

Fannie alone guaranteed nearly $3 trillion of home loans in 2007, while at the end of last year the farm credit system’s loans, excluding Farmer Mac, stood at $201 billion. And Farmer Mac backs just $14 billion of outstanding credit, which includes a few billion of overlap with other system lending.

These banks are funded with debt issued by the Federal Farm Credit Banks Funding Corporation, and its bonds are guaranteed by the government-run Farm Credit System Insurance Corporation, which collects annual insurance premiums from system banks. Farmer Mac also adds secondary market support for certain system loans, providing additional liquidity and lending capacity. These institutions are all regulated by the Farm Credit Administration.

The farm lenders must retain their loans, rather than selling them on. That makes credit quality a higher priority for farm lenders than it was for mortgage lenders during the bubble. That may be why the system generally demands that borrowers put down 40 percent to 50 percent equity.

By way of contrast, under certain conditions, the FHA will still accept as little as 3.5 percent down-payments. In the pre-crisis housing market, lenders and guarantors even accepted ideas like negative amortization mortgages in which the amount owed increased over time.

The respective capital cushions in the farm and home lending arenas also provide a stark contrast. Fannie, which eventually required a government bailout exceeding $100 billion, had a measly 1.7 percent layer of protection. On top of all the equity the farm system demands from borrowers, its associations and banks combine to provide a capital cushion that tops 20 percent.

The Farm Credit System Insurance Corporation provides another 1.7 percent cushion for debt holders. About half of agriculture sector loans are originated by commercial banks, but these also largely follow the prudential standards set within the system.

That leaves agriculture positioned to weather an expected correction in farmland values, as crops remain abundant and prices correspondingly weak – not to mention the likelihood that mortgage rates could rise once the Federal Reserve pushes interest costs higher. Rabobank thinks it could take at least a 10 percent correction to bring farmland values back in line with historical norms.

Borrower equity and capital in the farm lending system could each, separately, absorb a sharper correction. Loan equity alone, and certainly the combination of the two buffers, could even handle a 35 percent crash, as seen in U.S. home prices from 2006 through 2012. That’s surely beyond the worst case, with farmland valuations and finance less stretched than in the pre-crisis housing market. The farm system may be another mesh of government subsidies, but it’s a lot less fragile than the home finance equivalent.

A $10 billion U.S. rural infrastructure fund was launched on July 24 by the administration of President Barack Obama. The Department of Agriculture and other federal agencies will help bring investors into projects such as those involving healthcare, education, housing, water, energy and broadband. Cobank, a rural cooperative and a member of the Farm Credit System, will serve as the fund’s anchor investor, while Capitol Peak Asset Management will manage the fund.

A $10 billion U.S. rural infrastructure fund was launched on July 24 by the administration of President Barack Obama. The Department of Agriculture and other federal agencies will help bring investors into projects such as those involving healthcare, education, housing, water, energy and broadband. Cobank, a rural cooperative and a member of the Farm Credit System, will serve as the fund’s anchor investor, while Capitol Peak Asset Management will manage the fund.