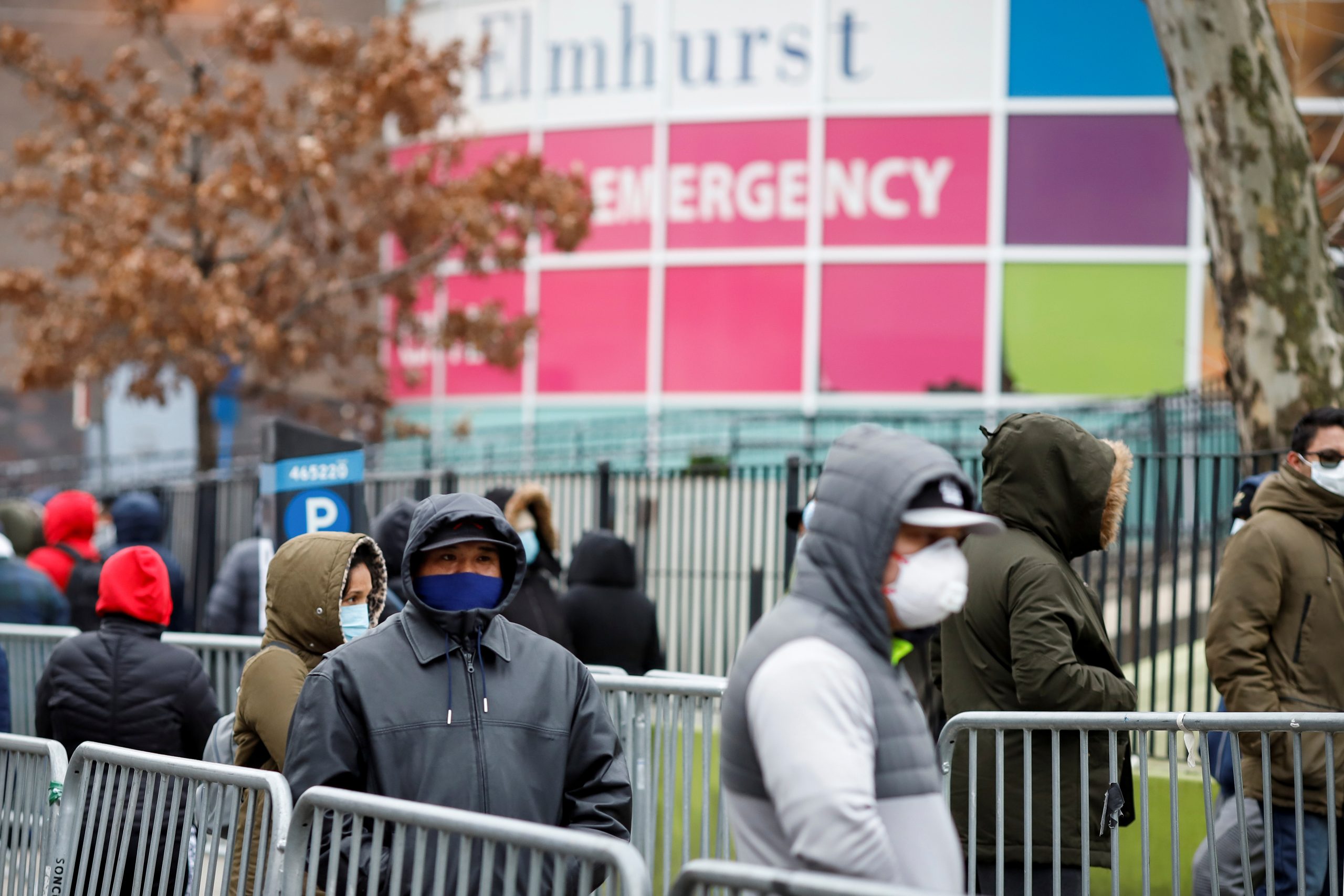 The United States is a healthcare curiosity. It spends 18% of GDP, about twice as much as other developed countries, on its medical system, yet logs mediocre overall results on basic qualitative measures such as infant mortality. Other rich governments guarantee basic medical care for everyone. The Covid-19 pandemic, now taking hold stateside, clarifies the case for why the United States should do the same.

The debate in America tends to get bogged down in how to change the existing system, losing sight of why a more radical overhaul is needed. It’s the only developed nation not to guarantee health services for all. The idea is that instead people need insurance, most commonly available through employers, thereby linking healthcare to jobs. Around 30 million people lack insurance – and therefore often the ability to access basic medical care – and Americans concentrated in the rural areas of the country are at a disadvantage geographically as well.

This all makes little sense, except to the relatively few luckier individuals who can afford care and, at the top end, can get some of the best in the world for health conditions. An infectious disease like Covid-19 shows why even they should want care to be available freely to everyone else.

The pandemic is a potent reminder that healthcare is a collective good, providing value to society as a whole not just to the recipient. The availability of testing and treatment to those at the top of the totem pole is of greatly reduced value if everyone around them may be infectious, untested and untreated – or sick and therefore unable to work productively for the benefit of the economy at large, often disproportionately benefiting those same lucky few.

Restrictive measures like lockdowns also aren’t selective, and anyone involved – or whose job and healthcare plan are put at risk by the halt in activity – should want a system that can reach everyone and minimize the disruption to society and the broader economy.

Even those well endowed with healthcare cover should appreciate the economic benefits of a universal system in other ways, too. The median cost to treat a measles patient and contain the infectious spread is over $32,000, according to a study this year in Clinical Infectious Diseases. Much of that ends up being borne by the government, and ultimately funded by taxpayers. A shot to prevent the disease, something the feds help make available to all, costs only about $20.

The patchwork U.S. system also means even the fortunate can’t guarantee their hospital care, depending where they are taken ill. Americans spent $1.2 trillion at hospitals in 2018 according to government figures, or about 6% of GDP. But unlike cogs in a big universal system, each one typically needs to cover its costs, and rural hospitals in the United States are particularly vulnerable.

They are disappearing fast, and Covid-19 will push even more over the brink. Last year saw the largest number of rural hospital closures yet, with 126 altogether shuttered since 2010, according to researchers at the University of North Carolina at Chapel Hill. Finances can be precarious: The median Tennessee critical access hospital, for example – one where there’s no other emergency room within a reasonable distance – held enough cash for just 3.6 days of operations in 2019 according to Flex Monitoring Team, a group of university researchers.

Closure is usually a drawn-out process associated with declining population, low rates of high-paying private insurance, and patients that can drive to better equipped hospitals. But with over half the counties in America having no intensive-care beds, according to the Kaiser Family Foundation, the coronavirus is likely to stretch hospitals’ ability to get the needed but scarce equipment, including to protect healthcare workers.

America still has over 5,000 hospitals nationwide. But a rural dweller who gets Covid-19 may have reason to wish for a more universal quality of care. The difference in mortality between rural and urban areas tripled to 18% between 2000 and 2015 according to the UNC researchers.

The coronavirus stimulus package being cobbled together in Washington includes help for hospitals. But once the pandemic is under better control, maybe there’ll be more appetite to rethink the U.S. system. Other countries’ government and hybrid health services cost far less and serve society better.

Perhaps the most obvious sign that the benefits of a universal system transcend wealth, politics and geography is that the number of countries offering universal care has steadily ratcheted upward over 75 years.

There are over 55,000 confirmed cases of Covid-19 in the United States as of March 25, according to researchers at Johns Hopkins University.

There have been 126 rural hospital closures in the U.S. since 2010, say researchers at the Sheps Center for Health Services Research at the University of North Carolina at Chapel Hill.

People wait in line to be tested for coronavirus disease (COVID-19) while wearing protective gear, outside Elmhurst Hospital Center in the Queens borough of New York City, U.S., March 25, 2020.

There are over 55,000 confirmed cases of Covid-19 in the United States as of March 25, according to researchers at Johns Hopkins University.

There have been 126 rural hospital closures in the U.S. since 2010, say researchers at the Sheps Center for Health Services Research at the University of North Carolina at Chapel Hill.