Just eat or be eaten 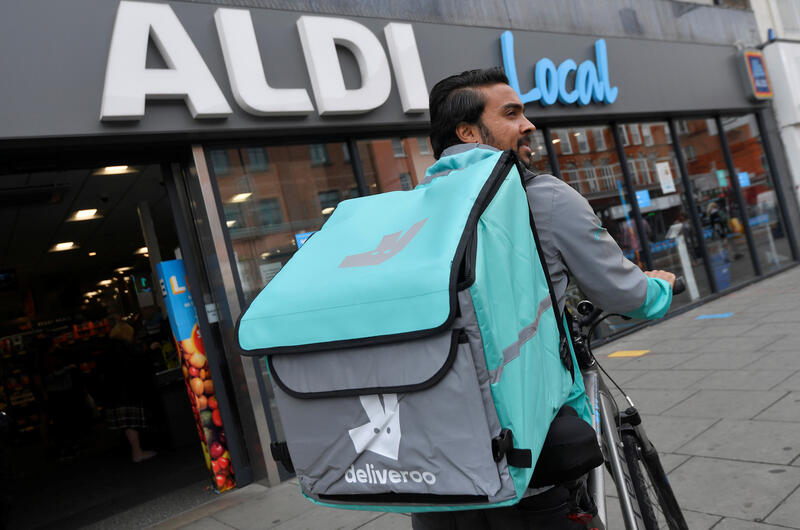 Jitse Groen and Matt Maloney were hungry and frustrated. It was 1999 and Groen couldn’t find a Chinese takeaway in his small Dutch town. Five years later in Chicago, Maloney wanted something to eat at work late one night. The lack of options spurred the entrepreneurs on either side of the Atlantic to independently cook up businesses to order food on the web.

Those companies, which became Just Eat Takeaway.com and Grubhub, are now joining forces to fend off competition from newcomers such as Uber Technologies and Deliveroo. It’s a battle to dominate a vast and potentially lucrative market, but also a clash between different business models, each with proponents who have an almost religious devotion to their world view. The pandemic will help decide which one prevails.

The same but different

To hungry diners, the takeout apps on their phones all look alike. Customers select a restaurant, place an order, and wait for the driver to arrive. Behind the interface, however, are two different types of company. The first acts as a middleman. They put menus online and process orders, but the restaurant delivers. Groen and Maloney are among the pioneers of this so-called “marketplace” model.

On the other side of the table is a younger group of companies who see their core skill as delivering food, even if they sometimes also act as intermediaries. These so-called “logistics” businesses maintain fleets of self-employed drivers who zoom between restaurants and customers. They include Uber Eats, China’s Meituan Dianping and Delivery Hero of Germany. DoorDash in the United States and Britain’s Deliveroo are backed by SoftBank Group and Amazon.com respectively.

The newcomers are more ambitious. They want to expand the market by offering diners options beyond established takeaway restaurants. Customers now can order deliveries from chains including McDonald’s. In the United Kingdom, logistics groups like Deliveroo and Uber Eats accounted for 68% of the delivery sector’s 1.1 billion pound growth in orders last year, according to consultant Peter Backman.

Proponents also argue that the logistics model should be more efficient, because drivers go from dropping off one order to picking up the next one at the nearest restaurant, rather than just serving a single outlet.

Yet while the logistics operators’ sales have exploded, profit remains elusive. Maintaining a fleet of drivers is expensive, and companies have offered subsidies to win orders. Analysts at Cowen estimated in August 2019 that Uber Eats lost an average of $3.36 on each order – and reckon it will still be losing money in 2024. The marketplace model is more profitable. In the first half of 2020, Just Eat Takeaway.com generated 177 million euros of adjusted EBITDA from revenue of 1 billion euros.

That doesn’t mean the logistics players are losing the food fight, though. With help from deep-pocketed investors, they are pressuring the marketplace companies to get into delivery. Despite their doubts about the model, Just Eat Takeaway.com and Grubhub have hired their own drivers in some cities. In a letter to shareholders last October, Grubhub’s Maloney argued that the delivery business would only ever be marginally profitable until drones replace human drivers.

Covid-19 has complicated the battle. On the face of it, lockdowns which confined people to their homes should have turned delivery companies into a lifeline. However, the same measures forced many restaurants to close. In April, Deliveroo warned UK competition authorities that it was likely to collapse if they did not approve an investment by Amazon.

Marketplace operators fared better. Most of their restaurants are independent eateries already used to delivering food, who were able to stay open even during the worst stages of lockdown. In April and May, Just Eat Takeaway.com’s orders were 41% higher than in the same period a year before.

As restaurants have reopened, though, the logistics operators have caught up. Fearful of infection and often working from home, customers are placing more orders. Some 13% of outlets globally now offer takeaways, up from 9% before the crisis, according to Morgan Stanley and Euromonitor estimates. Deliveroo has added 12,000 restaurants since March and has been profitable at the operating level in recent months, says Rohan Pradhan, chief adviser to the company’s CEO.

Investors are betting that the boost will endure. Shares in Just Eat Takeaway.com and Delivery Hero are up 28% and 35% respectively this year. Both companies have also manged to raise more than 2 billion euros in fresh capital.

Yet the delivery business faces challenges. On both sides of the Atlantic, drivers are campaigning to be recognised as employees rather than self-employed contractors. That would entitle them to benefits like holidays, pushing up costs. Until the logistics camp can show that it’s consistently profitable, the religious rift will persist.