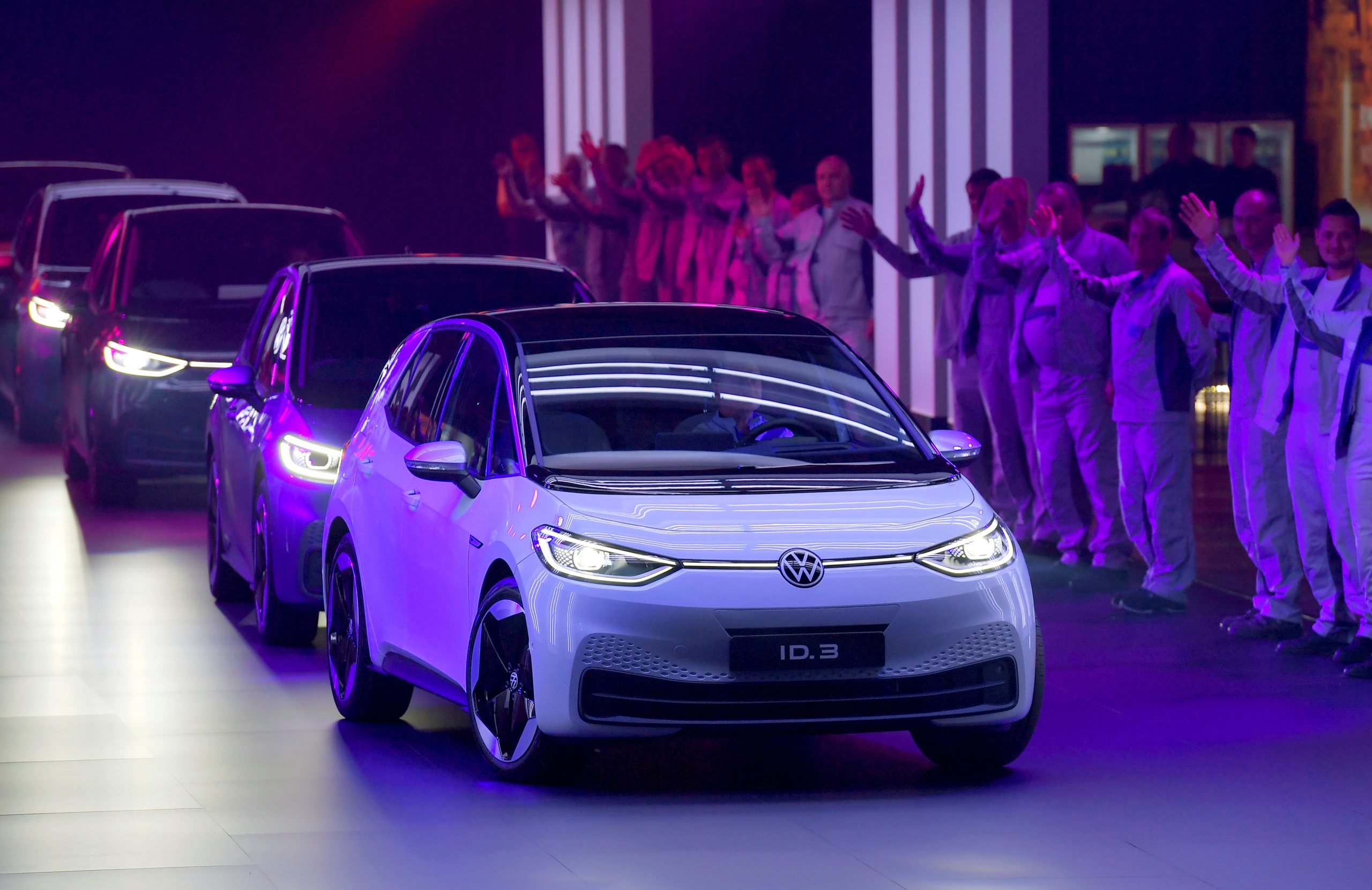 Modesty is not a virtue associated with Tesla founder Elon Musk. Now Volkswagen boss Herbert Diess is trying to match his $426 billion rival’s bluster with a pledge to increase electric-vehicle sales 27-fold by 2025. Still, Musk’s deep battery expertise and the lack of a legacy auto business mean bragging rights ought to remain his to lose.

There are good reasons to suppose Diess can back up his boast. This month the German automaker began deliveries of its first mass-market electric models, the ID.3 car and ID.4 SUV, to displace Tesla and become the world’s dominant electric-vehicle player over the next five years. Both vehicles have broadly similar ranges to Tesla’s Model 3 and Y respectively but are priced some $5000 cheaper. Once depreciation and fuel costs are factored in over its lifetime, the ID.3 is almost one-fifth less expensive than a souped-up version of VW’s combustion engine Golf model. That’s a key affordability rubicon for the Wolfsburg-based company in bringing battery cars to the gas-guzzling masses and bumping up its estimated 7% share of the global EV market.

Counter-intuitively, the new models benefit from good timing. Overall auto sales are contracting, but the number of battery cars sold has increased in several big markets, partly due to generous state subsidies in France, Germany and China. Jefferies reckons sales of global EVs will grow by 5% this year before jumping by more than half in 2021.

And then there’s VW’s head start in the world’s largest car market. While Musk ramps up production at Tesla’s factory in Shanghai, Diess can leverage his existing manufacturing partnerships and dealership networks in China – which bought 4.2 million VW vehicles in 2019 – to flog his latest CO2-neutral models to frugal local drivers. VW projects Chinese demand will gobble up roughly half of EV production in the coming years.

Putting a value on VW’s EV business is tricky given most of the 10 million or so vehicles it sells each year will run on petrol for the foreseeable future. Assume Diess hits his goal of EVs accounting for 8% of overall sales by 2022 – equal to 820,000 vehicles. Apply a multiple of 35 times forward operating profit – or half of Tesla’s multiple – to reflect break-neck growth and the division might be worth 70 billion euros on a standalone basis. That assumes an average vehicle price of 40,000 euros and a 5% operating profit margin, in line with analysts’ estimates. In that scenario, VW’s 73 billion euro market capitalisation could double.

But even if Diess hits his sales goals, capturing that value uplift will be tough. First, the automaker has to manage a transition to EVs without diluting more profitable combustion sales. And if VW were to achieve its 2025 ambition of selling 3 million battery cars a year, it means the company would account for one-third of the estimated global market, using Jefferies data. That’s a tall order. And its polluting legacy business would still account for a projected four-fifths of total sales – a major black mark against a company presenting itself as the new standard bearer for so-called “e-mobility”.

Musk, by contrast, has no such worries; all he has to do is flog more Model 3s and Ys. Tesla sold 368,000 vehicles last year, equal to an estimated 23% of the EV market. But Musk’s long-term goal is 20 million vehicles, around double Toyota Motor or VW’s current annual production.

To achieve that, he plans on making EVs even more affordable, with a goal of having a $25,000 car on the market in three years’ time. That would eliminate any price discrepancy between an economy-range combustion car and a battery version, bringing closer Musk’s vision of parking an EV in every driveway.

Reducing production costs is central to that objective and Tesla’s decade and a half of know-how in making batteries – cars’ single most expensive piece of kit – means it can steal a march on the Germans. As a percentage of a Tesla’s average selling price, battery costs have declined from 19.4% to 15% over the past three financial years, according to analysis by Trefis, one-fifth below the industry average. Cheaper batteries also imply higher profitability as the same design can be used on luxury rides which tend to have fatter operating margins. As vehicle production scaled up, Tesla’s profitability has improved: Over the past four quarters the operating margin has increased by 1.3 percentage points to a respectable 5.4%, not far off the 6.7% VW achieved as a group last year.

Musk’s greatest challenge is his own investors’ hubris. Tesla’s gigantic market value suggests it will remain the overwhelmingly dominant EV player over the next decade, despite ferocious competition from VW, as well as Toyota, General Motors, Ford Motor and Nissan Motor. Indeed, Morgan Stanley reckons Tesla’s projected battery capacity by 2030 implies Musk will hit his 20 million annual EVs aim by then, improbably equivalent to approximately the entire sum of projected EV global sales.

Even if he takes just a chunk of a vast market in the future, however, lower build costs can ensure Tesla remains more profitable and more richly valued than rivals transitioning away from petrol. That gives Musk the edge in his duel with Diess.

(This article has been corrected to change 368,00 to 368,000 in paragraph seven, referring to the number of vehicles sold last year.)

New cars drive during a ceremony marking start of the production of a new electric Volkswagen model ID.3 in Zwickau, Germany, November 4, 2019.