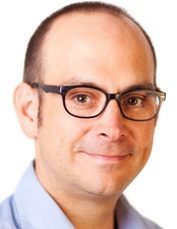 Welding together the German and the Italian-U.S. carmakers might unleash cost savings of more than $38 bln. As the auto industry gets more challenging, and Fiat Chrysler boss Sergio Marchionne more eager to sell, that prize may trump memories of previous car deals gone wrong.

Volkswagen increased its operating profit before one-offs by 40 percent to 4.4 billion euros in the first quarter of 2017, the group reported on May 3. Revenue in the same period increased by 10 percent to 56.3 billion euros, leading to an operating margin of 7.8 percent, compared with 6.1 percent a year earlier.

VW Chief Executive Matthias Mueller in mid-March left the door open to a potential tie-up with Fiat Chrysler or another rival. "We are more open on that account than we used to be previously," he said.

A week earlier, VW had swiftly rejected the suggestion of Fiat Chrysler Automobiles boss Sergio Marchionne that the sale of General Motors’ European operations to Peugeot maker PSA Group might eventually persuade VW to seek a tie-up with Fiat Chrysler.