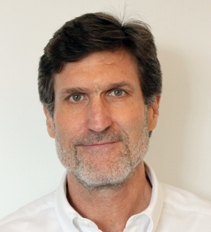 Volkswagen picked the wrong market for its emissions trickery. The German carmaker has skidded into the U.S. legal system, which extracts bigger fines and more guilty pleas from overseas companies than American counterparts. Differences in the cases may explain the discrepancy. But any prosecutorial bias may attract as much scrutiny as VW’s dirty tricks.

The company should, of course, expect a painful reckoning. Rigging 11 million diesel-powered automobiles worldwide to fool environmental tests is a serious offense, no matter the jurisdiction.

Yet VW and other foreign corporations have reasons to be wary of Uncle Sam. U.S. criminal fines from 2001 to 2012 were on average more than seven times larger for overseas entities than American firms, according to University of Virginia Law School research. While most U.S. companies settle cases under deferred prosecution agreements and the like, about 80 percent of foreign enterprises prosecuted during the study period were convicted or pleaded guilty. The largest penalty ever in a corporate criminal case was the $8.9 billion levied last year against French bank BNP Paribas for violating U.S. sanctions.

It’s possible that overseas companies end up paying massive penalties because they don’t initially see their conduct as unlawful. Decades of paying bribes abroad – legal in Germany until 1999 – made Siemens ripe for a record U.S. anti-corruption fine in 2008. And UBS got squeezed between Swiss bank secrecy laws and U.S. demands for client information in a 2009 tax evasion case. It ended up shelling out $780 million.

Foreign wrongdoers may also believe they won’t be brought to book. Gathering evidence overseas is difficult and costly, and influence at home can sometimes keep American enforcers at bay. BAE Systems deflected bribery charges for years by persuading British authorities that investigating their largest defense contractor was against “the wider public interest.”

Those obstacles may, in fact, make only the most egregious cases against the biggest offenders worth pursuing, which could account for the disparity in outcomes for U.S. and foreign perpetrators.

Foreign companies may sometimes lack the insider awareness and lobbying power possessed by their domestic rivals. It could also be that they haven’t mastered the art of nicely timed contrition. U.S. prosecutors, unlike their European counterparts, have broad discretion to file and settle charges. The likes of Goldman Sachs and Citigroup have learned that early cooperation and a prompt apology can forestall or mitigate costly cases. That playbook probably helped General Motors avoid criminal charges and negotiate a relatively modest $900 million fine for hiding deadly flaws in ignition switches – $300 million less than Toyota shelled out in 2014 for an accelerator problem that killed fewer people.

BNP Paribas, meanwhile, didn’t help itself by joining French officials in publicly slamming Uncle Sam’s sanctions case. And former BP boss Tony Hayward put the company on the back foot by calling its 2010 Gulf of Mexico oil spill “relatively tiny” compared with the “very big ocean.” Even a later apology and massive effort to reverse the environmental damage couldn’t shield BP from an $18.7 billion government fine.

VW seems to have noticed. True, the company dissembled until U.S. regulators put it on the spot. Before resigning last Wednesday, however, Chief Executive Martin Winterkorn apologized publicly and ordered an investigation while promising to make things right. His U.S. minions joined in the chorus. It’s a start, and one that might even diminish the penalties demanded in the United States. Even so, the company’s legal liability will probably exceed the $7.3 billion it has set aside to cover initial losses from the scandal.

The penalties under the U.S. Clean Air Act alone could top $18 billion, or $37,500 for each of the almost 500,000 offending cars sold in America since 2008. That’s a maximum that VW can probably negotiate down, maybe to as little as a few billion. But the company will also have to reach a criminal settlement that could include a guilty plea and charges against individuals, though almost certainly not Winterkorn or his most senior colleagues.

Unlike in GM’s case, for example, no one died directly from VW’s conduct, even if there’s an argument for linking higher pollution levels to deaths. But with large penalties specified in the relevant law – a factor in inflating BP’s tab – the Wolfsburg-headquartered company will probably have to pay more than the Detroit carmaker’s fine or even the record amount Toyota coughed up. State attorneys general will also demand their cut.

Then there are the private lawsuits. Vehicle owners will want compensation for the lost value of their Passats, Jettas and Audis. VW shareholders will seek to recover the amount the company’s stock price dropped after the scandal broke.

VW’s timing was also bad. The U.S. Justice Department just said that companies must identify individual wrongdoers to get credit for cooperation. And corporate penalties generally have skyrocketed in recent years. That brings the prospect of both a record fine and the rare spectacle of employees going to prison. Rightly or not, that would provoke accusations of unequal treatment. Given the legal record, U.S. enforcers may need to make examples of a few more homegrown offenders, too.

VW has said 11 million cars globally contained software that allowed them to pass emissions tests but then spew far more pollution on the road. The software was not activated in most of the cars, the company stated.

The Department of Justice has launched a criminal investigation, and the Environmental Protection Agency has said Volkswagen could face penalties of up to $18 billion.

VW has said 11 million cars globally contained software that allowed them to pass emissions tests but then spew far more pollution on the road. The software was not activated in most of the cars, the company stated.

The Department of Justice has launched a criminal investigation, and the Environmental Protection Agency has said Volkswagen could face penalties of up to $18 billion.