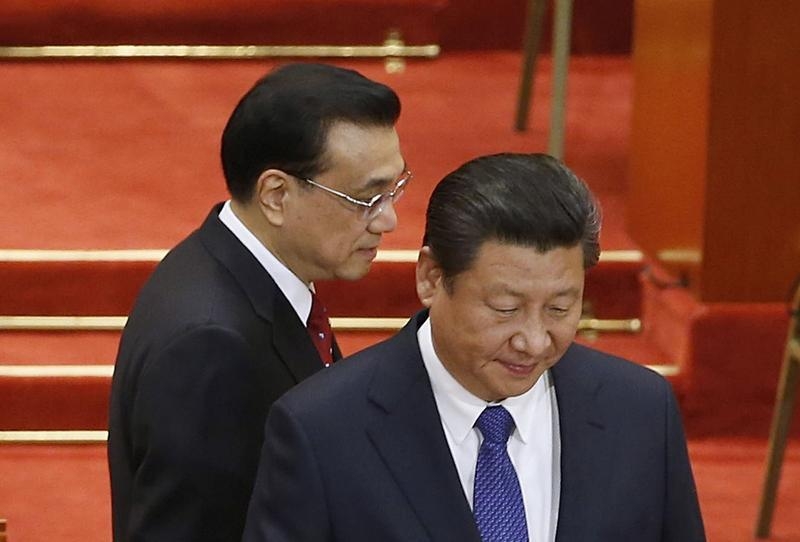 China’s sell-off will be felt far beyond its see-sawing stock markets. The month-long slide in share prices has called into question the country’s recent conversion to market dogma, while the state’s floundering response has exposed the limits of its grip on China’s financial system. Broader reforms may suffer.

Some perspective is necessary. The drop is dramatic: as of its close on July 9, the Shanghai Shenzhen CSI 300 Index was down 28 percent from its peak. But the direct impact should be manageable. The main Chinese equity benchmarks are back where they were at the end of March, and are still in positive territory for the year.

Talk of $3 trillion of lost wealth also ignores the fact that only about 40 percent of China’s stock market value can be freely bought and sold. The rest is held by controlling shareholders, which are mostly state entities. Shares account for just 9.4 percent of China’s household wealth, according to Credit Suisse: bank deposits and real estate are much more important.

Yet that did not stop the Chinese authorities from going to extraordinary lengths to prop up stock prices. In the past two weeks, top securities regulator Xiao Gang and central bank chief Zhou Xiaochuan have cut interest rates, suspended new listings and – most remarkably of all – banned large shareholders and executives from selling any shares for six months. Top stockbrokers committed to pump at least 120 billion yuan ($19 billion) into the market, with support from the People’s Bank of China.

For most observers it’s baffling that officials felt the need to support a bubbly market where fortunes were being made in weeks, trading volumes were frenetic, and farmers and pensioners were piling into obscure stocks.

The authorities worry that investors will struggle to repay loans they took out to speculate on shares, sparking a broader financial crisis. Official margin debt, which peaked at about 2.3 trillion yuan, appears under control. However, some punters took out mortgages or borrowed from shadow banks to play the markets. In recent months, a growing number of companies also pledged their shares as collateral.

Whatever the explanation, attempts to reverse the selloff have displayed little deference for President Xi Jinping and Premier Li Keqiang’s 2013 pledge that market forces would play a “decisive” role in the economy. Apart from discouraging sales and encouraging buying, regulators also permitted roughly 1,500 companies with a combined market value of around $2.8 trillion to suspend their shares from trading.

Such drastic measures tend to make investors even more desperate to get out. Hong Kong learned this lesson in October 1987, when the stock exchange suspended trading for four days. When the market reopened, it dropped 43 percent in a single day. In China, selling has spread to bonds and commodities as investors search for cash.

It’s not unusual for Chinese authorities to try to prop up markets. National and local governments have in recent years introduced a variety of measures to halt or reverse the decline in house prices. They have also arranged back-door bailouts for troubled companies threatening to default on corporate bonds. But the stock market is far more visible: even the most loyal cadres struggle to pretend all is well when equity prices are flashing distress in real time.

The most immediate casualty may be China’s plan to open up its stock market to foreign investors. Recent events will embolden those institutions which have argued that Chinese equities are not yet mature enough to be included in international stock market indices.

More significantly, the mayhem could also delay or derail broader economic reforms. China is expected to finish liberalising interest rates this year as part of a shift to allocating credit by supply and demand, rather than government-determined quotas. At the same time, the country is relaxing capital controls, giving foreign investors greater access to its financial system.

It seems hard to believe that Chinese rulers would let a short bout of stock market mania disrupt a blueprint to reshape the world’s second-largest economy. Indeed, one possibility is that officials conclude that intervening in markets is futile, and that reforms should be accelerated.

For the ruling Communist party, however, the most troubling aspect of the stock market slide is not that it tried to manipulate the market, but that its efforts were so visibly ineffective. Even if share prices now recover, the episode has severely tarnished the party’s reputation for economic competence – at home and abroad.