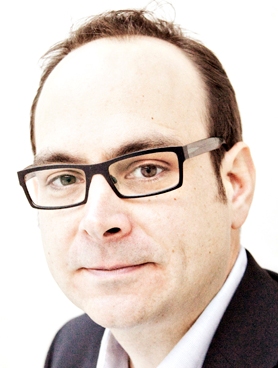 The last major innovation in Germany’s beer brewing industry happened almost exactly half a millennium ago: On April 23, 1516, Bavaria’s duke Wilhelm IV imposed the famous Reinheitsgebot – or beer purity law – that is the industry bedrock until today. German beer is still produced with just four natural ingredients: water, hops, malt and yeast. The sector is celebrating the law’s 500th anniversary this month, with great fanfare.

German beer may be free from artificial ingredients, but the sector is still in crisis. The 8 billion euro ($9 billion) industry has an excessive focus on the domestic market and is suffering severely from German drinkers’ falling appetite for beer. Growing health awareness, lifestyle changes and population aging have lowered annual consumption from 132 to 107 liters per head over the last two decades.

Even the largest German brewers lack critical size on the world market. The largest German brewer Radeberger ranks 21st among its global peers with a market share of just 0.6 percent, the Barth Report on global brewing shows. Even the five biggest German beer groups – Radeberger, Oettinger, TBC, Bitburger and Krombacher – have a combined global market share of just 2.2 percent. The merger of Anheuser-Busch InBev and SABMiller will forge a giant controlling around 30 percent of the global beer market.

All this creates a big financial gulf between German brewers and peers. German law allows privately-held companies to disclose only limited profit data, but Bitburger Holding, the country’s fourth-largest brewery group, eked out an operating profit margin under German accounting rules of 9.2 percent in 2014, according to its official filing in the Bundesanzeiger, compared to more than 30 percent at AB InBev and around 20 percent at SABMiller, Thomson Reuters data shows.

A number of factors explain German brewers’ quandary. The sector has traditionally been dominated by small and medium-sized companies ruled by risk-averse family owners. All big brewers are family owned and lack pressure from external investors as well as shares as a currency of acquisition. Even big national brands like Krombacher, Bitburger or Veltins earn the bulk of their revenue within a 60-mile radius of their brewery. Tastes for beer types vary across different regions and drinkers’ strong loyalty for local brands contribute to the fragmentation.

The purity law may have been another factor underpinning the inertia, as it shielded the industry from external competition for decades. Only in 1987 did the European Court of Justice force the country to open its market to foreign rivals using artificial ingredients.

German brewers’ high degree of regional fragmentation used to be an advantage: now it makes it more difficult to get economies of scale in production and distribution. Take Radeberger Group, the largest beer maker with revenue of 1.9 billion euros: it operates a scattered network of 14 breweries all across Germany. As Camelot Management Consultants pointed out in a 2013 study, this leads to complex supply chains and comparably low profitability.

Things could get worse. Industry experts expect beer demand to decline by another 1.5 percent per year. Moreover, the number of breweries is still rising, as craft beer becomes more popular. And most big brands are still trying to win domestic market share. Combined with overcapacities, this has ignited a severe price war. While sales volumes are down 11 percent since 2002, nominal revenue has fallen by 15 percent over the same period.

As the most attractive emerging markets have long been grabbed by the big global rivals, German brewers will find it difficult to export themselves out of their misery. From 2006 to 2014, the global beer market grew 15 percent while German exports only increased 3.4 percent. At least, in the year up to November 2015, exports were 4.5 percent higher than in the same period a year earlier, driven by strong demand in China and the United States. But German brewers are still selling less than 20 percent of their production abroad, while more than 75 percent of all cars made in Germany are exported.

It is hard to see how German brewers can overcome their hangover, as they lack the marketing and distribution power to thrive on a global scale. Beer brewing in Germany boasts a rich cultural heritage, but financially it is set to remain a very sobering affair.