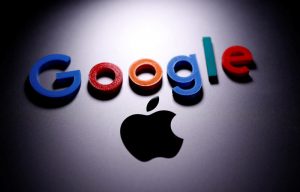 The tech titan says it’ll disable search Down Under if Canberra enacts a law forcing it to pay media companies for news. It goes to show how much clout $1.3 trln parent Alphabet thinks it has. Such corporate dominance suggests global regulators may have to put up a united front.

The $16 bln Paytm sought to emulate China’s e-commerce and mobile wallet pioneers, including backer Ant. But that model has come under Beijing’s scrutiny, and rivals like Google have broken Paytm’s grip on payments. Founder Vijay Shekhar Sharma’s startup has hit a tricky patch.

Foreign players are flying in for the Grand Slam tournament even as strict pandemic policies have left citizens struggling to get home. Stars like Novak Djokovic complaining about quarantine don’t help. Flimsy economic considerations may be distorting risk assessments.

Starboard Value wants new directors and a new CEO at $33 bln Corteva. The seed and pesticide group is one of three born from the 2017 merger and later breakup of Dow and DuPont. That grand plan looked good on paper to other noisy investors, but making it work is proving hard.

The logic behind the U.S. pipeline was already on the fritz. Oil’s future is uncertain, especially the crude in Canada that Keystone would have transported. Banks, too, were pulling back from lending. Joe Biden’s order nixing the project is mostly symbolic of future intentions.

A $977 million price tag for the M&A advisory shop values it lower than peers based on reasonable growth assumptions. It's a sensible figure for a real business in a competitive market. Perella's choice to go public by selling to a blank-check company looks well advised.

Nord Gold is planning a $5 bln listing in London, the WSJ reports. Severstal billionaire Alexey Mordashov only has a minority stake, but his sons own most of the rest. Investors need to consider the risk that the new U.S. administration decides to take a tougher line on Moscow.

The currency hit an eight-month high against the euro. Vaccine rollouts, on which GDP rebounds depend, are more advanced in UK than many countries. But non-tariff barriers are hindering trade with the EU, which may hold back growth. That will limit the pound’s scope to fly.

Britain’s IG is buying tastytrade for $1 bln in cash and shares. The price seems high, even allowing for surging demand for the Chicago-based group’s derivatives products. As with the current stock-market boom, success depends on continued interest from flighty retail traders.

Founders of the minimart empire, blocked from buying Carrefour, have a super voting share that expires in 11 months. After that they’d need investor support for a big purchase like German grocer Metro. The 13% drop in the Canadian group’s stock shows fears of a short-term spree.

The pandemic has worsened structural economic problems: the poor have gotten poorer, marginalized people are losing jobs quicker, and the workforce is further out of reach for the unemployed. The new U.S. president has chosen experienced aides. But they will need imagination too.

Read Breakingviews' predictions and prescriptions for the year ahead by viewing the PDF or website.

Concise views on the pandemic’s corporate and financial fallout: Intel’s new boss gets closer to his big debut. Meanwhile, gunmakers are riding high on social tensions and pandemic angst, but could soon find they have fewer friends in high places.

Charlie Scharf is intent on cutting costs at the scandal-plagued U.S. lender he runs – and there’s a lot of lost ground to recover. This calculator shows how much Wells Fargo could be worth if he can bring it in line with more efficient rivals.

The Facebook COO sat down with Breakingviews’ Gina Chon as part of Reuters Next on Monday to explain why the social network has indefinitely blocked the U.S. president after he incited violence at the Capitol - and why it took so long for the company to come to this decision.

Surging demand for carbon credits is a positive sign of private sector interest in addressing climate change. But it makes no sense to scale up voluntary markets if it’s not clear what these traded commodities actually represent. Or how they will help meet global climate goals.

The indebted developer is scrambling to reorganise as officials move to end the nation’s property goldrush. The result is a frenzy of deals and diversification. Breakingviews explains how the group seen as too big to fail will test Xi Jinping’s resolve to deleverage the economy.

Chancellor: Was I totally wrong about bitcoin?

Three years ago, this column argued the cryptocurrency wasn’t money, resembled the gold prospector’s fabled sardine tin, and faced a total wipeout. Bitcoin promptly shed more than two-thirds of its value. Now it’s back from the dead and trading at twice its peak. What happened?